Reengineering the Future: Why Bitcoin is Reshaping More than Money

In the last decade we’ve seen innovations and inventions come and go. The Internet of Things and home hubs, “Smart” XYZ and the Tesla are just some of the developments that have reshaped the way we live. However, as useful and impressive as they are, none have or are likely to have as big of an influence as Bitcoin.

Originally developed in 2009 by an unknown programmer known only as Satoshi Nakamoto, Bitcoin is basically a monetary system that’s manufactured, transferred and stored online. Through a series of complex equations and a network of servers and users, the peer-to-peer system is able to survive and function without the need for outside help.

Bitcoin Important for Businesses and Consumers 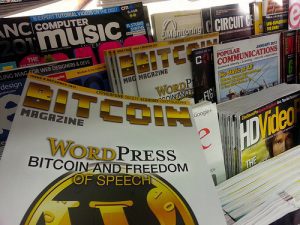 Why is that important? Well, from an ideological perspective, it means the Bitcoin isn’t controlled by a government like regular currencies and, therefore, users can trade it freely across borders. From a technical perspective, it means that the system powering Bitcoin has to be smart and that’s what’s really got tech fans interested in recent years.

When Bitcoin was initially launched, many fans thought it would change the way we pay and completely replace standard currencies. In some way, that has happened. For instance, online gamers can now enjoy their favourite activities without using their native currency. At VegasCasino, a new user can sign up, make a deposit and hit the play now button on something like Satoshi’s Secret slot or European Roulette and only use Bitcoin.

By linking with Bitcoin exchanges such as Cubits.com, VegasCasino has made it possible for players to use their debit card as a means of depositing and playing in Bitcoin. Similarly, Xbox Live players can now purchase in-game credits, add-ons and upgrades through the Microsoft store. By logging into their account, a player can go through the purchase process in the usual way, but instead of choosing pounds, dollars or euros, they can pay in Bitcoin.

Thanks to this gradual adoption of Bitcoin by major businesses, the value of a single coin has risen over the years. However, the thing that’s really made the cryptocurrency’s value breach the $975 mark in the first quarter of 2017 is the blockchain technology powering the system. In short, a single Bitcoin is manufactured through a process known as mining which is basically a series of servers trying to solve a complex equation.

Bitcoin Gives Blockchain to the World 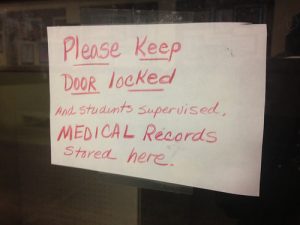 Once a server has processed and “solved” the equation, it gets rewarded with a Bitcoin. This coin is then logged by something known as the blockchain. Then, at every point the coin is transferred, sold or broken down, the information is recorded by the blockchain. In essence, the blockchain is a virtual ledger that records each transaction in a coded block that can be viewed but not modified. This process happens in real time and is, therefore, used to verify a Bitcoin transaction.

Since discovering the effectiveness of the blockchain, tech forms around the world have been looking at its potential applications. Today, every industry from healthcare to music is looking to harness the power of the blockchain. Why? Well, in a world where we live so much of our lives online, the ability to instantly verify and record each process and then store it in a coded block that can’t be altered is invaluable.

This dynamic would dramatically reduce the risk of security leaks and fraud. For example, if a healthcare company was to use blockchain to store patient records, it would mean that they could be viewed by the necessary people but not tampered with. Moreover, any attempt to steal someone’s records would be flagged up immediately, which would allow security experts to shut it down. Essentially, blockchain is the key to a more efficient, secure online ecosystem and that, in a nutshell, is why Bitcoin is the most significant innovation of the last decade. Although it’s still early days, the next decade will see blockchain become an integral part of existing and new technology across a range of industries.