by Matthew Terry
in Business, Manufacturing
0

Lithuania is amongst the EU member states that have suffered the least damage during the pandemic. Thanks to the dynamic and professional reaction of companies and timely support offered by Lithuanian authorities, the manufacturing sector have minimally experienced the effects of the crisis. The focus has been shifted to more robust IT development and automation of manufacturing processes. Improving the efficiency of supply chains by moving manufacturing units of multinational companies from Asia to Lithuania has been at the centre of attention.

In Lithuania, many international-capital companies invested in technological lines and development in the Lithuanian free economic zones and other areas across the country to boost productivity and efficiency, in 2020. In addition, greenfield projects also continued with success, and Lithuania achieved excellent results in this regard. The country ranks 1st in the EU and 4th globally by its greenfield investment ratio.

If analysing the largest investor countries precisely in the industrial sector, which had chosen to move their manufacturing units to Lithuania in 2019, we see that the bulk of the investments came from Germany and the USA. 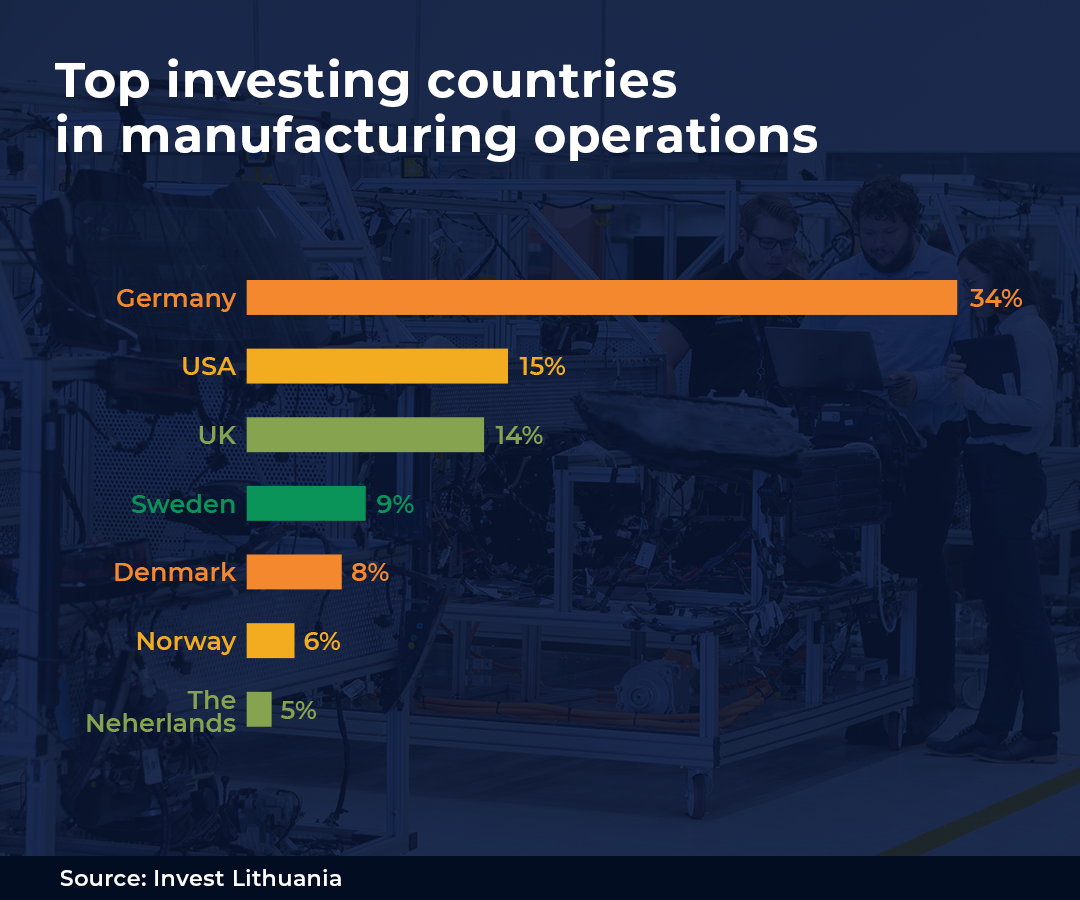 Analysing the business areas with the most jobs created, it should be noted that as many as 34% of them were attributable to the industrial sector. 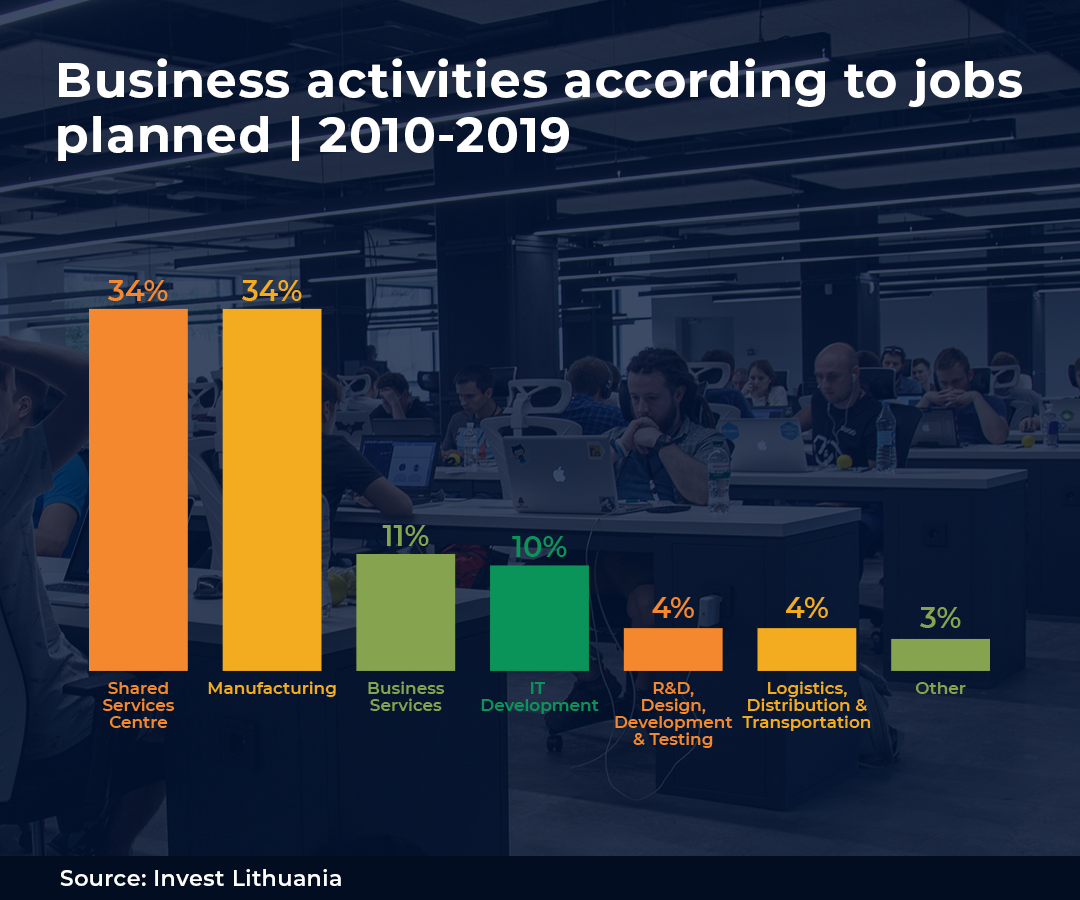 In a global scale, Lithuania ranks 6th thanks to its appeal to the development of the industrial sector. 18% of the national GDP is generated by industrial enterprises with 72% of the output being exported. Lithuanian workers have long-standing expertise in plastics, metal, electronics and mechanics.

Fig. 3 illustrates Lithuania as one of the most attractive countries for doing business on a global scale. 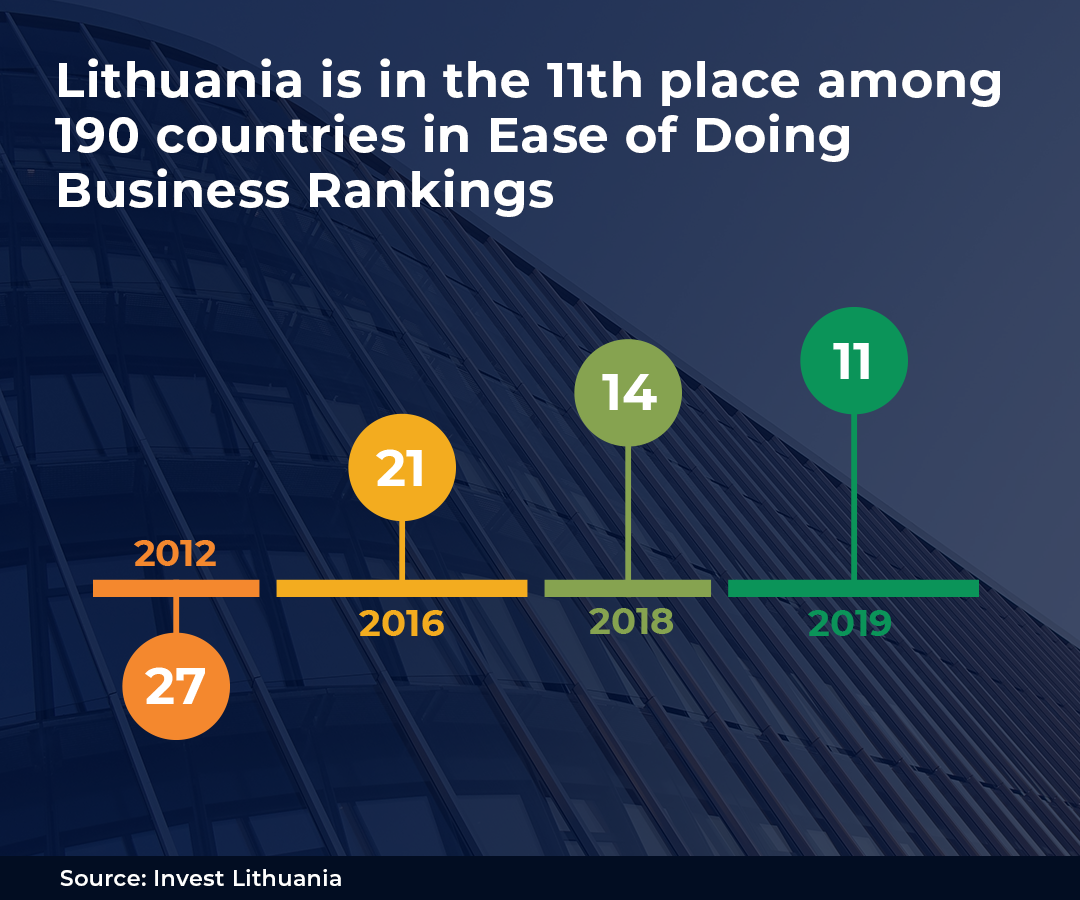 Recently, there has been a growing interest of foreign companies observed in the automotive industry opportunities in Lithuania. A while ago, a British start-up Arrival Ltd purchased Thor Motors, which had been operating in Lithuania and manufacturing electric motors, gearboxes and battery panels. It is currently testing prototypes for Arrival’s commercial vehicles and buses. According to data held by Invest Lithuania, one of the independent German laboratories is currently trialling a gearbox developed by Thor Motors, while the tests on an engine developed by the company and the patenting process for the battery panels are pending soon. The plant owned by Arrival Ltd is unique because of the fact that it will also manufacture components for Kia and Hyundai electric cars. Success stories in Lithuania are also shared by other EU companies such as Continental, Hella, AQ Wiring, CIE LT Forge or Bar Cargolift, a manufacturer of cargo lifts based in the Šiauliai FEZ.

More on exclusive tax benefits for foreign investors at www.investmentpartner.lt