Bakkavor Announced Change at the Top

Bakkavor announces that Peter Gates, Chief Financial Officer (‘CFO’) and an Executive Director of the Company, has notified the Board that following 10 years with Bakkavor, he wishes to retire at the end of the year and will therefore step down from his current role as CFO and the Board with effect from 26 December 2020.

Peter joined Bakkavor as Interim Group Treasurer and was appointed CFO in November 2010. He has played an important and integral role on both Group and Management Boards of Bakkavor. During his career with the Company, he has supported its development from a private group through to a public company, simplifying the Group’s ownership structure and strengthening its financial position. He also supported the drive to refocus the international expansion to concentrate on the US and China, has overseen several acquisitions and disposals, and led the Company’s IPO process.

Peter’s successor will be the current President of Bakkavor USA, Ben Waldron. Ben joined Bakkavor as Group Financial Controller in 2011 and then became Head of Strategic Development, supporting the Group’s IPO in 2017 and leading the acquisition of Haydens Bakery, and the disposal of non-core business in the UK and Europe. In January 2019, he took on responsibility for the US business as President of Bakkavor USA and has successfully transformed the US operations. This international experience, combined with his deep understanding of the opportunities for growth markets, and his immersion in finance at Ernst and Young LLP, position Ben well for the role. Ben will return to the UK as Bakkavor CFO and an Executive Director on the Group Board effective 27 December 2020.

Ben will be replaced as President of Bakkavor USA by Pete Laport. Pete joins Bakkavor USA on 19 October 2020 and brings a wealth of experience to the position, having worked in the food industry for most of his career. After graduating with a degree in engineering and a Masters in Business Administration, Pete has held management, operational and commercial roles at PepsiCo and Nestle and led the global supply chain for Dunkin’ Donuts and Baskin-Robbins ice cream and for fresh prepared salad producer Ready Pac. Pete’s most recent role was with Revlon as Global Chief Supply Chain and Manufacturing officer.

The Board is also progressing with a search for an additional independent Non-Executive Director. 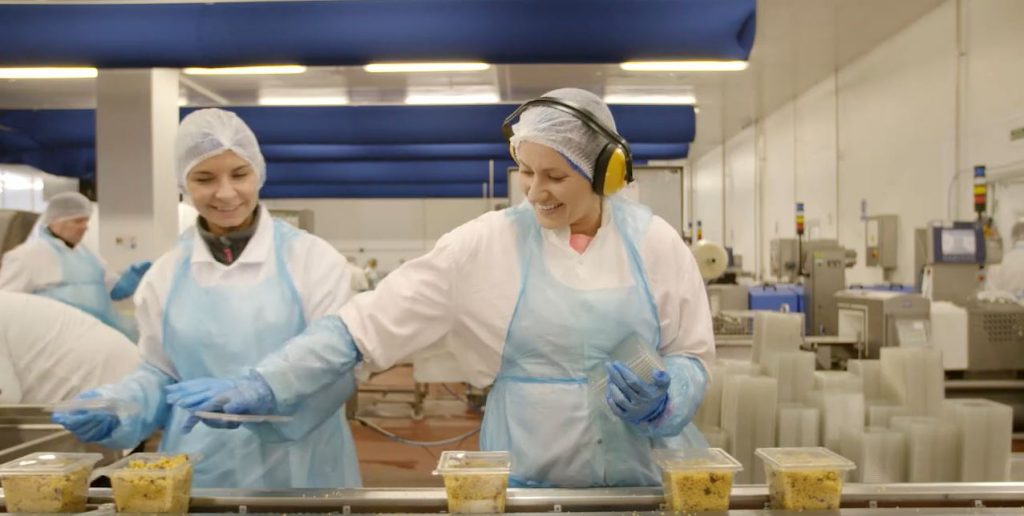 Commenting on the changes, Simon Burke, Board Chair, said:

“It has been a pleasure for us all to work with Peter and he has played a most important role, especially in steering Bakkavor through its IPO and establishing us in the public market. He will be greatly missed. On behalf of the Board and shareholders, I want to thank him for this and to wish him well in retirement.”

“Equally, I am delighted that Ben Waldron will be joining the Board as our new CFO. Ben was the outstanding candidate in what was a broadly-based search, and his very successful term at our US business means he will bring strong operational insight to the role.”

“Finally, I want to welcome Mike Edwards to the Board. Mike’s appointment recognises his many years as a key member of the management team, overseeing our core UK business as it has grown and consolidated its leading position.”

“I would like to add my sincere thanks to Peter. During his 10 years with the Group, he has played a major part in our development, growth and success and has supported me immensely in creating the business that we are today. I want to extend my thanks to him for his contribution, loyalty, professionalism and sound advice and wish him the very best for his future retirement.”

“I am also delighted with Ben’s appointment as CFO. Ben has made a major impact in the US, successfully transforming our operations and I am confident in his capability to strengthen our finance function as our new CFO.”

“Mike has excelled during the pressures and uncertainty surrounding Brexit and more recently during our response to the COVID-19 pandemic, maintaining continued high service levels and technical standards and further strengthening our customer relationships. This appointment reflects his success and the significant contribution he has made to the Group.”