Elevators are essential for any train station, airport or public transportation facility. If an elevator fails, then people’s journeys can be delayed or even rerouted. That’s why, when Stannah Lift Services flagged issues with three elevators at a Network Rail train station, it approached elevator power specialist CP Automation for a solution.

A renowned name in the elevator industry, Stannah Lift Services has specialised in the manufacturing, installation and repair of lifts for over 155 years. It specialises in passenger and goods lifts and offers solutions for buildings that range from educational facilities, like schools, to shopping centres and transportation infrastructure.

As a contractor, Stannah Lift Services maintains the lifts at all of Network Rail’s train stations across the UK. Recently, at one station, it experienced several issues with the drive units in three lifts breaking down regularly and for no apparent reason.

Variable voltage variable frequency (VVVF) lift drives are used to regulate motor speed and torque throughout a lift’s journey, so it draws far less current during acceleration and deceleration. Stannah noticed that the VVVF drive units on three lifts were frequently breaking down. This caused the elevator to stop working and made the station inaccessible people with prams or any sort of restricted mobility.

When the drive unit was down, the lift could be non-functioning for one-or-two days depending on the availability and size of the necessary replacement part. This caused inconveniences for passengers, including that some needed to get off at an earlier station or find an alternative route, like taxis, for the remainder of their journey.

“Network Rail would frequently contact us saying that another lift had broken down, and we would go in and repair them,” explained Steve Potts, branch manager at Stannah. “We didn’t think it was an incoming supply issue and, instead, we believed the problem stemmed from the electrical power coming into the lift. It was at this point that we reached out to CP Automation.”

The root of the problem

Potts initially found CP Automation on LinkedIn and contacted its team for support. At first, Stannah requested monitoring equipment to check the quality of power going into the lifts.

Instead, CP Automation responded quickly and diagnosed voltage transients as being the root cause of the drive failures. Transients are brief but powerful high-voltage and high-current events that can last up to 100 microseconds.  The resulting disruption can produce motor vibrations, noise and excessive heat, which lead to eventual drive failure and increased costs.

After the initial discussions, CP Automation’s team supplied the SineTamer devices for the three lifts, which Stannah installed. With the devices, Stannah could repair the elevators without the risk that transient would cause any more breakdowns. 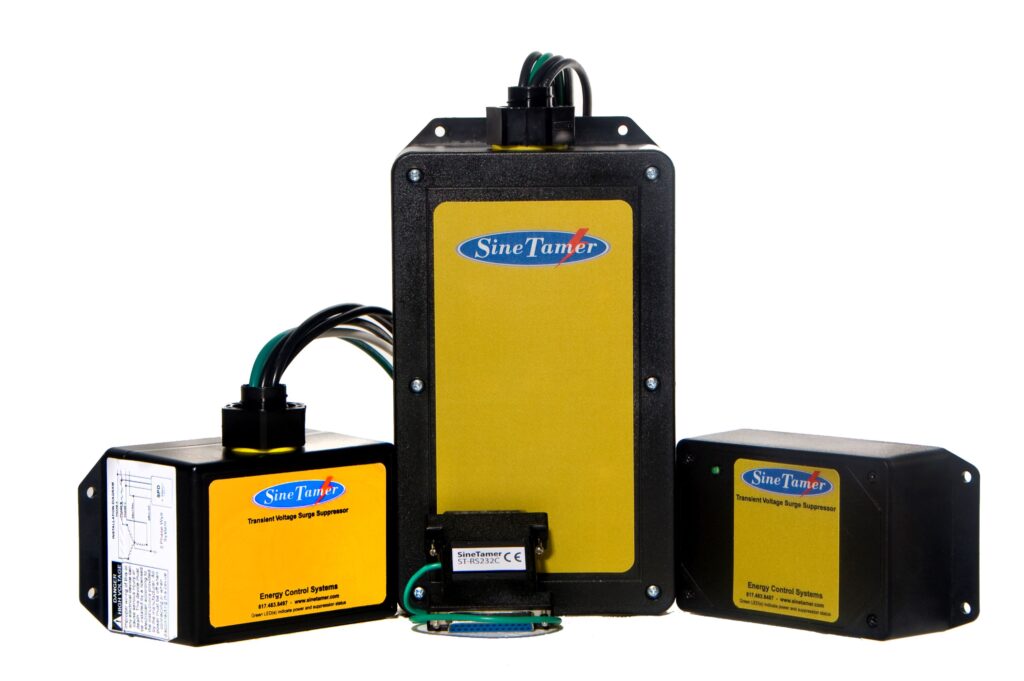 “We initially recommended a Power Quality Study to record what was happening, however we were already confident the issue related to transients being caused by the rail system power network,” explained John Mitchell, global sales & marketing director at CP Automation. “Supplying the SineTamer provided immediate protection and, in the months after, Stannah had not seen this problem return.”

“There was no smoke and mirrors working with CP Automation,” continued Potts. “We explained our situation and John helped straight away, telling me exactly what the issue was. He was very open and honest with all the technical information and guidance, which we really appreciated.”

Since the installation, the SineTamer devices have continued to function as intended for almost a year. The number of lift breakdowns has also reduced significantly, and transients are no longer causing routine disruptions ꟷ greatly benefitting Stannah, Network Rail and its passengers.

To find out more about transients and surge protection devices, visit the CP Automation website.