MACH 2016, the largest manufacturing technologies event in the UK, enjoyed another successful year with visitor numbers up on the previous edition of the show. Between 11th and 15th April 25,627 people visited MACH 2016 at the NEC representing an increase of almost 10% on MACH 2014.

James Selka CEO of the MTA which organises the exhibition on behalf of the industry said: We are in buoyant mood after the show. There was a real buzz around the Halls during MACH and all the effort our exhibitors put in to making the show the spectacular showcase it was have been worthwhile. It was fantastic to see so many people passing through the NEC, many visiting more than once, creating a real celebration of the UKâs advanced manufacturing technologies sectors.

James Fudge Head of Events, said 10% growth on 2014 is real testament to all the hard work everyone involved in MACH put in and a great reflection of the UK advanced manufacturing and engineering industry. Weâre so pleased that so many exhibitors have already reserved their stands for the 2018 edition of the exhibition and weâll continue to innovate to ensure that MACH retains its position as the UKâs premier manufacturing showcase.

Tell us what goes into putting on a show of such scale and magnitude?

A lot of hard work and sleepless nights, but it is all worth it to get such a wide array of the latest technology in one place. Putting on show like MACH takes a lot of forward planning and over two years of preparation goes in to making the UKâs premier manufacturing technologies showcase.

The week went really well. We are pleased with the response we have had from our exhibitors. A lot of positive comments have been fed back to us and we believe it has been a very successful week, with plenty of business being done.

How has the show compared to previous shows?

MACH 2016 was the first exhibition since the economic downturn to be completely sold-out of exhibitor space. We take this as a very positive sign that confidence within the advanced manufacturing sector is high.

What was your personal highlight of the week? Who caught your eye?

The whole week was a highlight for me, everyone had put so much effort in to creating MACH and ensuring that it ran smoothly. It is fantastic to see all the latest technologies on display under one roof. I was particularly pleased with the response to the Learning and Development Zone and the number of student visitors that travelled from all over the UK to attend MACH. The number of students who passed through the exhibition was close to 4000, which gives me confidence that weâre attracting the next generation of engineers in to the industry.

Are you looking forward to the next show? When is this? and are there any special plans for the next one?

Of course we are looking forward to the next show. The next edition of the UKâs premier manufacturing technology exhibition will take place 9 -13 April 2018 and the exhibition will be the first to be held in the NECâs newer âatriumâ Halls. 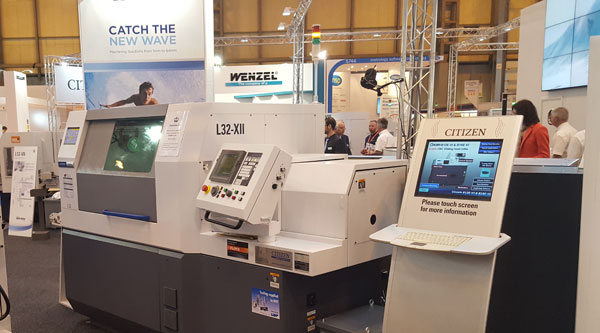 The move will enable the whole show to take place in a single uninterrupted space. The new layout has more entrances and more great spaces for your stand than ever before. Initial sales for 2018 have been really positive with space in the un-balloted areas of the exhibition being snapped up quickly by companies keen to secure their place on the floor plans.

Have you got a quick message for your members and the industry going forward through the rest of 2016 and 2017 ahead? 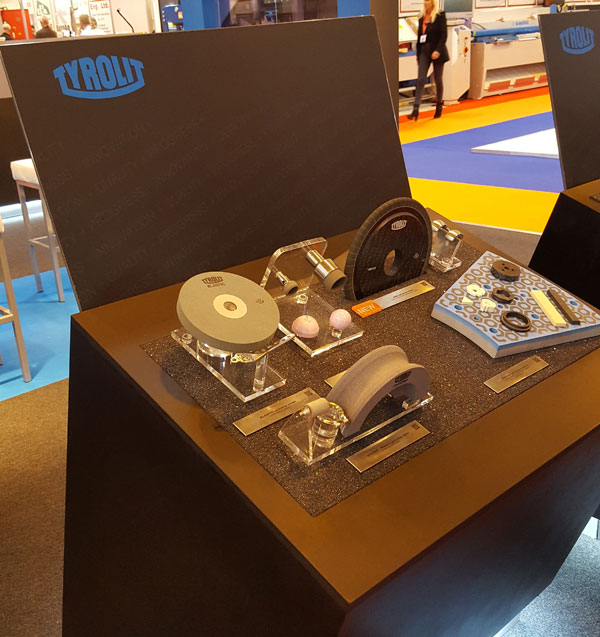 We have a fantastic opportunity to re-industrialise the UK, we would like to use MACH 2016 as a springboard to show how technology can aid the manufacturing process and ensure the UK remains competitive globally.

“This was the best show I have visited to date. A very impressive and well organised show on a huge scale. I was impressed with everyoneâs stands and it was clear that everyone had put a lot of effort into presenting their company. My personal favourites were Guhring & Fenn tools but I would also like to thank every other exhibitor who invited us along to their stand and took the time to speak with us in depth. My highlight of the week was getting to see the Bloodhound Project up close and most certainly trying the simulated parachute jump on a VR headset supplied by the Ministry Of Defence. Overall, It was certainly a very warming/welcoming and highly informative week.”

“To reiterate what Tom said, Iâd like to thank everyone for inviting us to their stands and it was especially important to meet past and future clients who are all deeply valued to MEM. Again the stand out exhibitor for me was Guhring along with PH Horn and I would like to say a massive thank you to PH Hornâs UK Manager Mike Green for his hospitality and complimentary lunch and for taking the time to speak with us in depth about all the exciting work that PH Horn do in the UK. We look forward to working with you in the very near future guys!! My personal highlight was the Comau stand which featured a spectacular robotic basketball arm that we never saw miss.”