Since its founding over 30 years ago, Winbro Group Technologies has been known for its leading-edge approach to modern manufacturing. Now a world leader in both the design and manufacture of complex machines and, equally, the design and manufacture of complex parts, the company continues to provide clients with an end-to-end service or singular manufacturing solution as required. Working most prominently in the aerospace and gas turbine manufacturing industries in view of their demanding requirements, Winbro has established sites in Coalville, Leicestershire and Rock Hill, South Carolina, and the firm continues to ship machines and parts all around the world.

This latest investment marks Winbroâs fifth manufacturing plant in the UK, just a bus ride away from its four active sites in Coalville. The Advanced Machining Facility will house the companyâs complex manufacturing contracts, include the production of parts such as highly durable blades and vanes for use in aircraft engines and gas turbines.

It comes as the company enjoys consistent and accelerated growth; Winbro hopes that, with this newest factory, it will be able to meet increasing levels of customer demand which it attributes to the governmentâs Sharing in Growth drive. Indeed, Winbro is a direct benefactor of the scheme which aims to increase the competitiveness of aerospace businesses. Over the course of the four-year programme of investment, Winbro is expected to receive in the region of £1.5m from the governmentâs Regional Growth Fund on the stipulation that the firm continues to invest in improvement and innovation.

And it seems unlikely that Winbro will forgo its ethic of innovation which has, arguably, been intrinsic to its business model from the beginning; using non-conventional manufacturing processes to develop equipment that far surpasses that which is otherwise available was a key, founding mission statement and, undoubtedly, part of the companyâs long success. That stance has stood the test of time and, as part of the Queenâs 90th birthday celebrations, Winbro has bagged the Queenâs Award for Enterprise for second time. 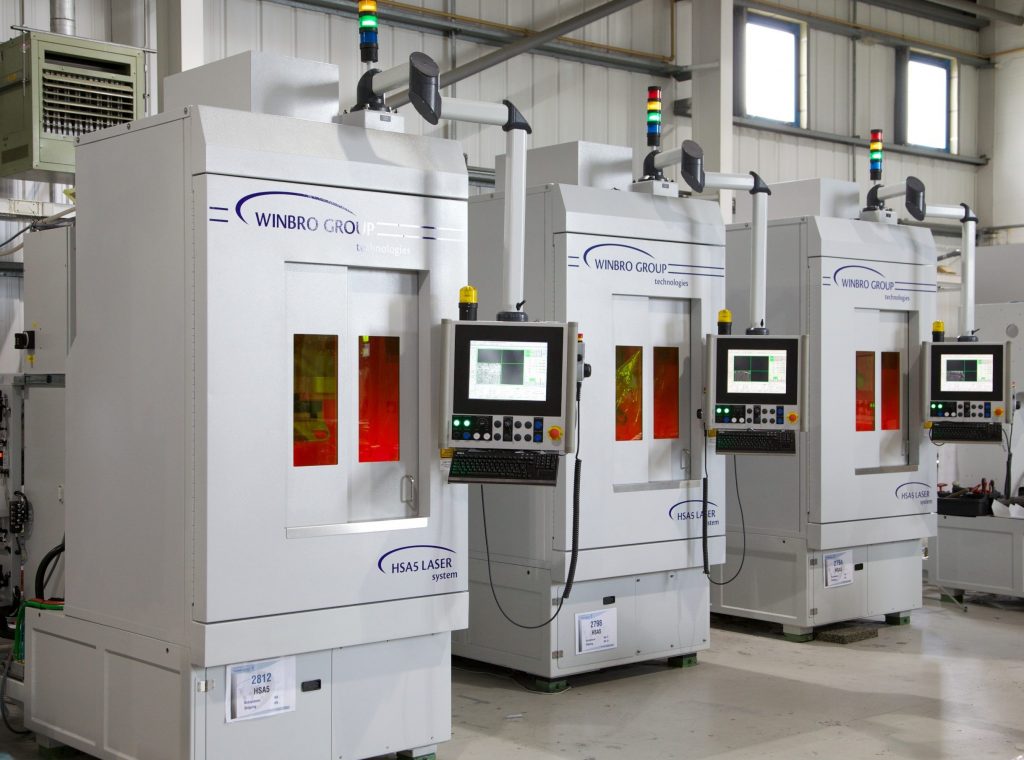 At the opening of new, Advanced Machining Facility, Anna Soubry MP urged British manufacturers to lead by Winbroâs example and place keen emphasis on innovation as a growth strategy.

Since endeavouring the join the governmentâs Sharing in Growth scheme 18 months ago, Winbro has won contracts with an accumulated worth of a some £88m. In line with a growing order book and the construction of new facilities, the firm is anticipating a surge in staffing levels â growing from 170 to more than 300 by the middle of 2018.

Despite renewed support from government and the undeniable edge it has provided the company in recent years, Winbro has long been a trusted supplier amongst major blue chip organisations, regularly delivering parts and machines to anyone from Rolls-Royce to Pratt and Whitney, from GE to Siemens. Equipped with a new site with which to keep up with such exacting requirements, Winbro will doubtless remain a key figure within the aerospace and gas turbine supply chain.