(The Following is a Promoted Article)

The ability to produce accurate castings is one much-revered across sectors, providing businesses with the key advantages in speed and quality needed to remain competitive. With precisely that capability, Furniss and White, one of the UKâs leading castings specialists, in fact, does a whole lot more and, having innovated the process â as well as developing fabrication services alongside â the company has quickly become the first and last step in engineering excellence.

From humble beginnings in 1980, Furniss and White has since enjoyed phenomenal growth in the metal castings and fabrication industry, and the company is showing no sign of slowing down. Now specialising in highly advanced and accurate castings as well as hosting fabrication and assembly services, Furniss and White effectively offers the complete engineering solution, acting as a one-stop-shop for its clients in the oil and gas, defence and marine sectors.

A key strategy responsible for Furniss and Whiteâs long-standing reputation and success in the foundry industry, has been its commitment to investment; the company has, most recently, carried out a major improvement of its facilities. As part of its five-year investment programme, the company has just renewed its heat treatment facilities to the tune of some £1m. The state-of-the-art, new furnace is capable of heat-treating up to 5t of material at a time and utilises a 51,000l jet-chilling process post-heat. The facilities not only meet, but exceed, current specifications on quality and health and safety, achieving a transfer time of just 30 seconds.

Recognising the sheer pace at which both the castings and fabrication sectors innovate, as well as the increasingly demanding requirements of clients, Furniss and White has also taken time to develop strands of its own â inaugurating a new division dedicated solely to research and development. With help from tax consultancy firm, Howard Lynch, the company has capitalised on government support for R&D investment and has been able to form a new strand dedicated to innovation. The department, which comprises a team of qualified technicians and engineers, is headed up by acting-consultant, Professor John Campbell OBE, a man widely-regarded as one of the worldâs leading experts in the castings industry. As a result of his appointment some five years ago, Furniss and White has undergone waves of major change â not least in the adoption of state-of-the-art CNC technology. 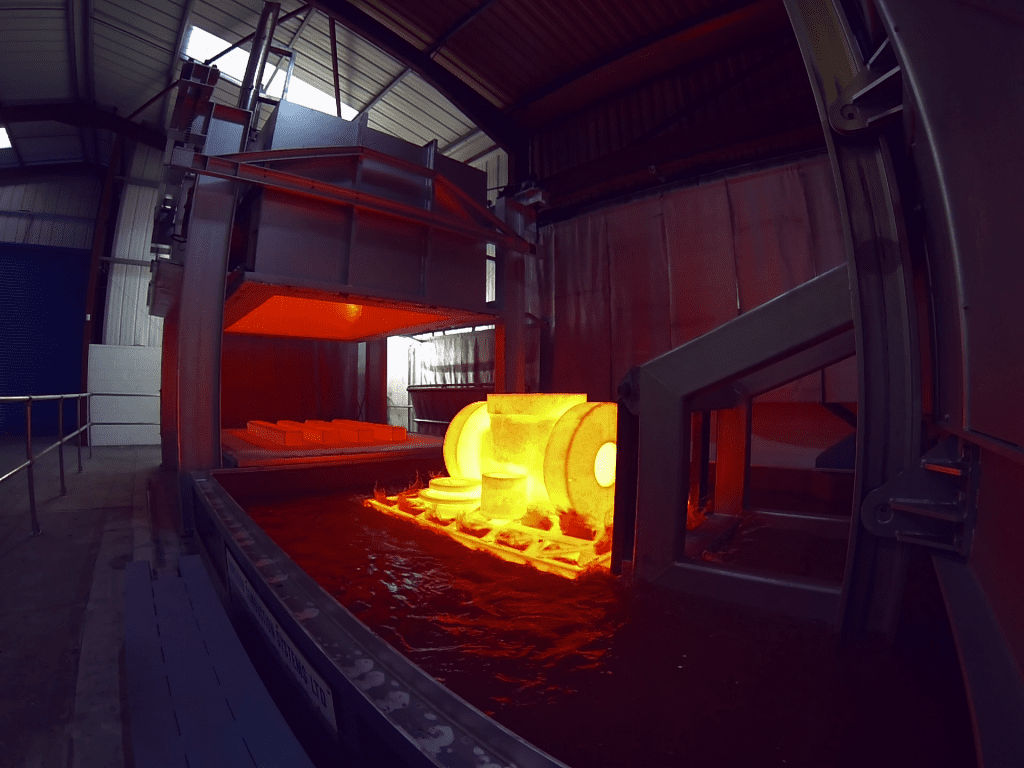 Sam Scholes, Development Manager at Furniss and White details further: Our R&D team stressed that, if we were to continue to keep pace with the market as well as open new doors for the future, we needed to improve the precision of our castings. From a strong partnership with Simpsons Patterns, weâre now able to offer the high quality castings that clients need. From the customerâs original 3D model, Simpsons Patterns is able to create a 3D CNC-cut pattern from which we can then produce a highly accurate mould to cast from. Using CNC tooling effectively guarantees that the pattern is an exact replica of the initial drawing therefore maximising client satisfaction.

The ability to work exactly to a clientâs brief is, of course, of significant advantage â providing the clientâs model is fine-tuned to a degree wherein itâs not only cast-able but also not susceptible to failure later down the line. In that respect, Furniss and White need not worry. Having invested in the latest 3D visualisation software, Solid Cast, the firm is able to generate an accurate 3D interactive graphic which provides an insight into how molten metal flows into the mould. The model is solidified on-screen as it would be during the casting process. With the simulation technology (provided by AF Software), the company is able to identify potential flaws or material discrepancies at an early stage â something Scholes is keen to stress provides benefits to both the company and its clients.

Finding a flaw in a product as a result of a defective mould is a real headache for customers, asserts Scholes. They have to take the product off the machine, send it back to the castings service, get the design re-drafted (if theyâre able to) and then re-commence production. Every stage represents major financial outlay and a significant amount of time for both the client and the caster, and so getting the job right first time is absolutely critical. With Solid Cast, thatâs exactly what weâre able to do. 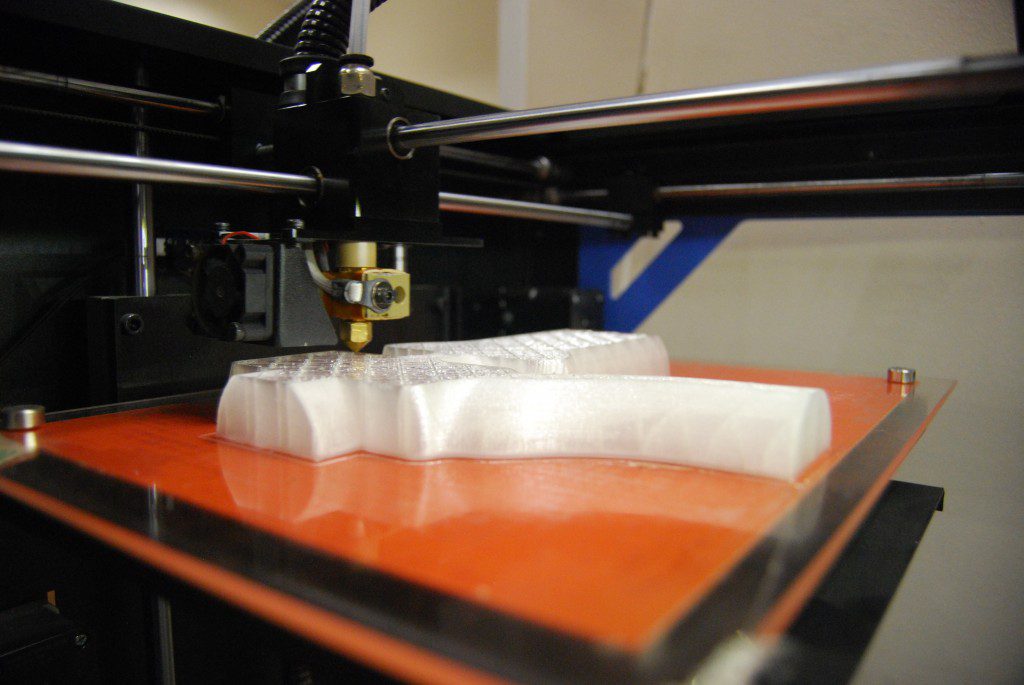 With the employment of AFâs Softwareâs technology, Furniss and White has significantly improved its first time radiography pass rate (comparable to KPIs), achieving a remarkable NDT pass rate of 92%. Previously, one of companyâs engineers would draft a 2D drawing and conduct various calculations so as to predict the path and behaviour of the molten metal as it is poured into the mould. Guesswork has since been replaced by point blank accuracy, and the company can deliver the every time excellence required by clients.

Much of its new capabilities have to be, in part, attributed to the new partnerships it has fostered with suppliers without which, Scholes admits, There would be no Furniss and White. Priding itself on maintaining a largely local supply chain, the company is rewarded with both faster lead times as well as the opportunity to widen and enhance its services. In addition to its positive relationship with Simpsons Patterns, for instance, Furniss and White is also able to call upon nearby Insight NDT to support Non-Destructive Testing (NDT) and radiography services.

Scholes describes the testing specialist as a solid partner, adding: The team at Insight have been truly invaluable. NDT plays a major role in the fabrication sector and itâs imperative that we continue to provide that service to customers. Theyâre able to turnaround a dayâs worth of casting in little more than a week, assigning casts a pass or fail mark. More than that, theyâve grown in line with what need: investing in larger vehicles to convey our larger castings. 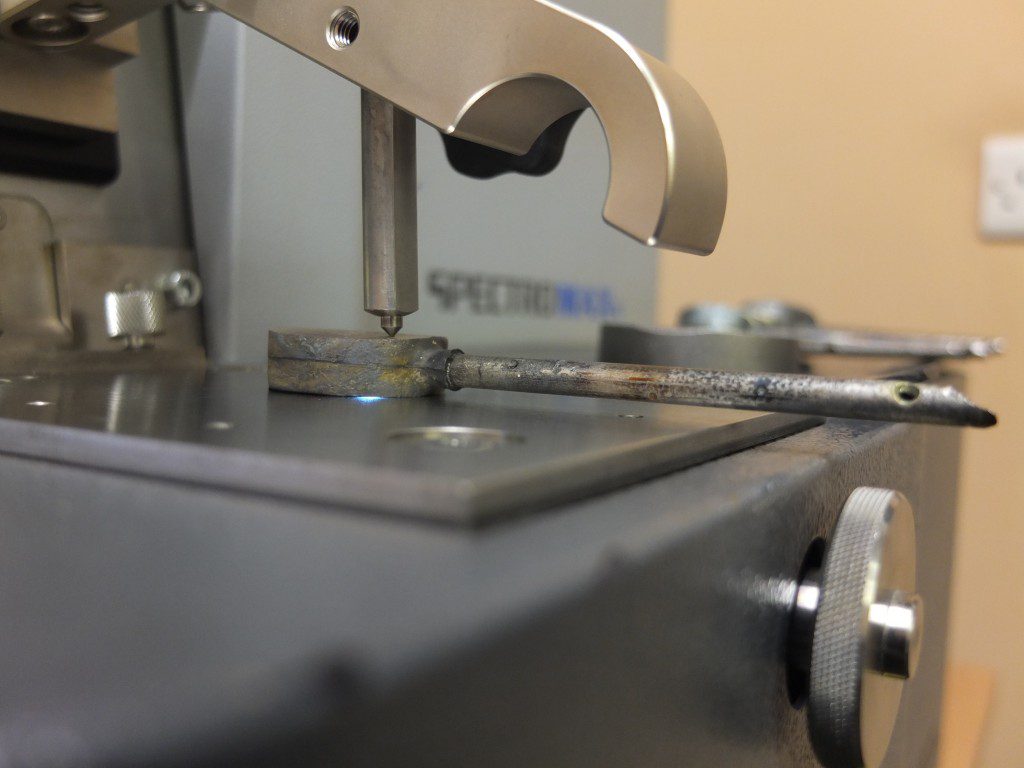 In recent years, businesses have become so much more than either themselves or their supply chains; expressing responsibility for employees welfare as well as the global environment continues to grow in importance. By no means has Furniss and White failed to acknowledge such a change in culture and the company is currently working towards achieving both ISO 9001 and ISO 14001 in the near future. Despite not yet holding accredited status, the firm has had the various best practice mechanisms and procedures in place for many years. All managers and directors have passed the four-day IOSHâs latest Managing Safely course and all 110 employees undergo regular and ongoing training. Furniss and White also boasts a dedicated health and safety committee that meet three times every year to discuss accidents, near misses and training requirements.

Weâve invested heavily in new facilities and equipment for our foundry, explains Scholes. And our growth and improvement ambitions extend right down to our staff. Weâre already gearing up toward the new ISO 9001: 2015 standard and, as part of that drive, weâll be sending key personnel on quality awareness and auditing courses. All staff have also just recently been through a rigorous manual handling and forklift truck driving training programme, from which we hope to further improve production efficiencies as well as safety.

As far as the future goes, the over-arching ambition remains much the same and Furniss and White continues to strive toward being the best and highest quality foundry in the world. Though a bold aspiration, the company is, in fact, well-positioned to pull it off because, with pioneering new software â and hardware too â thereâs very little this castings and fabricator cannot do. And with committed investment plan for the next few years, and a reputation of trust and reliability amongst clients, Furniss and White is certain to remain at the forefront where both quality and innovation are concerned.