Vincico Electronics, based in High Wycombe, Bucks, provides contract electronic manufacturing services. Founded in 2013, the company saw rapid growth by 2016. Initially starting with a budget MRP system the company moved to another system, but it too had shortcomings.

Tom Tew, Operations Manager, said; “We found out afterwards that the second MRP system was Australian-based, so getting support was a real problem – you’d raise a ticket on Monday and get an answer on Friday. It was also geared towards retail, and although it was web-based it was incredibly slow and cumbersome to use. Each invoice or delivery note would take me 30 minutes to raise, and contract purchasing was very tedious. As we grew, it didn’t have the features that we needed such as certifications or RoHS, only had basic inventory control and was missing things like multiple suppliers, cost breaks, etc.”

In the Summer of 2019 the company decided to replace the current MRP system and started to review the market; “I spent a couple of weeks looking at different systems but we had sales reps coming in trying the ‘hard sell’, which we don’t respond well to. We came across 123insight online and booked to attend an Evaluation Workshop in July.”

Tom attended the Evaluation Workshop alongside owner Randolph Labbon. They both found it starkly different to the traditional sales approach; “It was very refreshing, as you get to see the system in operation first-hand, not from the perspective of a salesman who will likely try to hide any flaws. Naturally you start to look for holes, but I couldn’t find any. The other systems we looked at were vastly more expensive and implementation costs were also huge. We even considered getting a custom system written, but that was a lot of money and we’d be tied to that developer forever after that. 123insight seemed to be the best all-rounder.”

Day to day business delayed the decision until early 2020. Vincico registered, with Randolph and Tom attending the six days of ‘No-Obligation Training’ on the understanding that if they decided not to proceed they could walk away with nothing to pay. Tom said; “The no-risk approach to training was a major factor in getting us on board, as you had to buy other MRP systems first in order to use them. The training was good and we picked it up pretty easily. It was a lot to take in but it wasn’t overwhelming.”

Shortly after training was completed the COVID-19 pandemic hit the UK, with Tom being furloughed until early September 2020. He immediately started work on data migration, with a 123insight MRP software implementation session taking place remotely. “The implementation session was great. I was already pretty clued up from the training, so getting the system set up and migrating the data was pretty straightforward.”

The implementation was split across two people; with Tom taking charge of the project; “123 Insight’s implementation spreadsheet helped us to prioritise what we needed to go live. This allowed us to identify other items that we could then put on the back burner. As we set the system up we ran it against the old system, which was helpful in identifying what functionality was needed.”

As their largest customer has fast turnaround requirements Vincico could not afford for any issues to delay administration processes, so decided to run both MRP systems in parallel. Said Tom; “Randolph wanted a safety net there, as we need to be able to react quickly. It was imperative that we get invoices out and paid, as at the time we didn’t have the visibility we needed of financials. We ran both systems live side by side for a week, but as there were no issues we turned off the old system and we’ve never looked back.”

The company went live in October 2020 across all departments, less than six weeks after starting the implementation, with COVID-19 restrictions still in place.

Immediately there were significant time savings in administration. Invoices and delivery notes that previously took 30 minutes each to create were done in seconds.

Stock control massively improved, and in the six months after going live Vincico saw a 30% reduction in stock. The impact was so significant that they were able to reclaim space that previously contained floor to ceiling racking as a new office for their designer. Tom noted; “We used to work backwards – we’d build the part and then raise the works order to allocate stock used. There was no stock-taking mechanism and the system never flagged up if we were low on stock, despite having minimum stock levels. Inaccuracies were common as well, whereas now we’re booking stock out beforehand and we have much better tracking of wastage.”

Better visibility of stock movements and future requirements has allowed Vincico to purchase much more strategically, with more products being held for call-off by suppliers rather than being paid for and held by Vincico.

Two months after going live Vincico switched to XERO accounts, linked to 123insight using Accounts Gateway®. Previously, the accounting process was time-consuming and there was poor visibility, which impacted on reporting and cashflow. Said Tom; “We chose XERO because of 123insight. By linking the two we halved our accountant’s time, without impacting on my own, saving us around a week per month. Time-consuming tasks such as reconciling of invoices are now done automatically.”

A further planned knock-on benefit is that the company will shortly no longer need to rely on an invoice factoring service, which paid 80% of an invoice’s value immediately. “The factoring costs us around 2-3% per invoice, but because we have reduced our stockholding and are taking advantage of purchase contracts we no longer need to use this service to free up the cash.”

Tom regularly refers to the supplied training documentation. As more staff start to use the system he took advantage of the electronic versions supplied during training to provide key staff with information relevant to them; “These documents have been a life-saver. I keep a physical copy of the training manual by my desk, as it’s very handy to dip into. It also has all of my notes. However, I’ve now started to create specific guides for people based on the electronic training documents for down-stream training.”

Vincico’s largest customer introduced a very structured and constant review process of its suppliers around the same time that 123insight was implemented. While Tom didn’t have the performance figures prior to going live, his customer has reported that Vincico’s on-time deliveries are currently at 99.89%.

Support is an important aspect of any mission-critical system, and Vincico fit squarely within 123insight’s Help Desk average of one call per customer per month, and with only a dozen calls logged overall since starting the implementation; “The support has been fantastic. Everything is answered in detail and always promptly. Most questions have been answered on the same call, but if they have to get back to us it’s always the same or next day.”

Brexit has presented its own challenges to manufacturers, but 123insight has helped Tom ensure that all paperwork is correct for new requirements; “We’ve previously had issues with goods coming from Polish suppliers, and also shipping goods to German and Romanian customers. 123insight is now set up with foreign customers to automatically prompt users to fill in the relevant information when required. It’s been instrumental in increasing our overseas business. Coming from an analysis background, I’ve always believed that a system is only as good as the information within it, and now we put everything into 123insight. We simply could not have coped with Brexit with our previous MRP system.”

The company is currently pushing to achieve ISO9001 accreditation, and this was one of the major reasons behind selecting 123insight; “During the Evaluation Workshop and Training we asked the question of 123 Insight as to how their system could help us. We found that there are many features within the system that will be fundamental to our quality manual.”

In addition to the tangible savings made across the business there was also a human factor that Tom had not considered. He felt that 123insight was instrumental in reducing stress, not only for himself but also other users. Day to day tasks that previously would have added pressure to meet deadlines can now be performed with ease, allowing staff to focus on the task in hand; “We have a lot of ad-hoc requests to generate documents quickly, and the old system created a lot of stress due to its complexity. Now, because of the speed of 123insight it’s no problem – that’s a huge weight off my shoulders.”

Since going live Vincico has increased their licence count from 2 to 3, allowing more staff access to the system. Licences can be increased or decreased on a monthly basis, with no minimum contract period.

With 123insight being the third MRP system in use within 7 years, Tom is now confident that the system will help them to make further savings while ensuring future growth. He concluded; “I don’t think I ever put a financial value on the time I used to spend on things, but 123insight is not only the cheapest employee in the company – it’s also the hardest working. You don’t appreciate the areas that it will save you money until it’s in place, and it far exceeds the capabilities of other systems we’ve seen without having to be tailored specifically to the company. Moving forward, we plan to use 123insight for advanced serial tracking, shop floor data collection, managing staff working hours as well as being the backbone for our ISO9001 accreditation.” 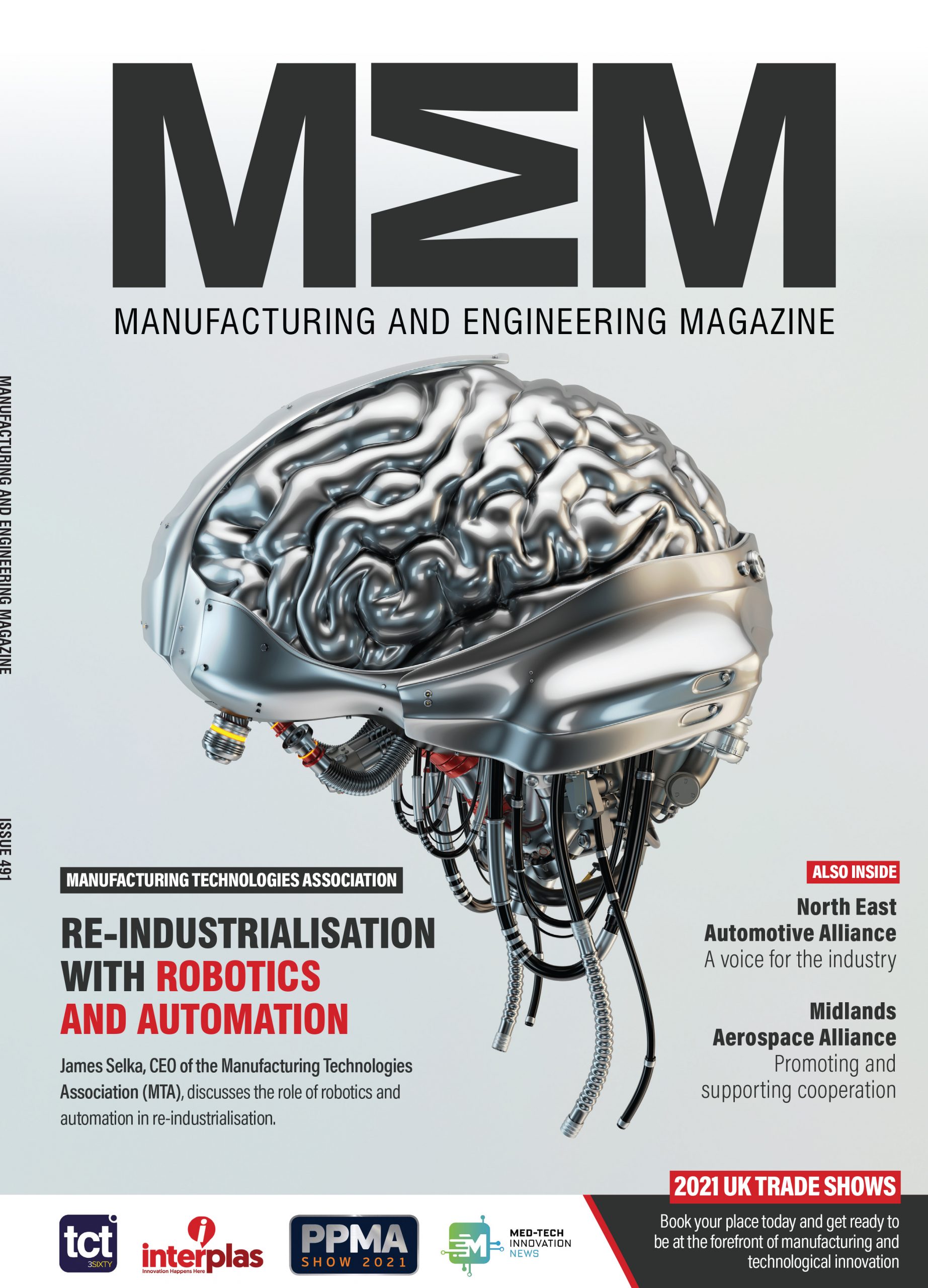 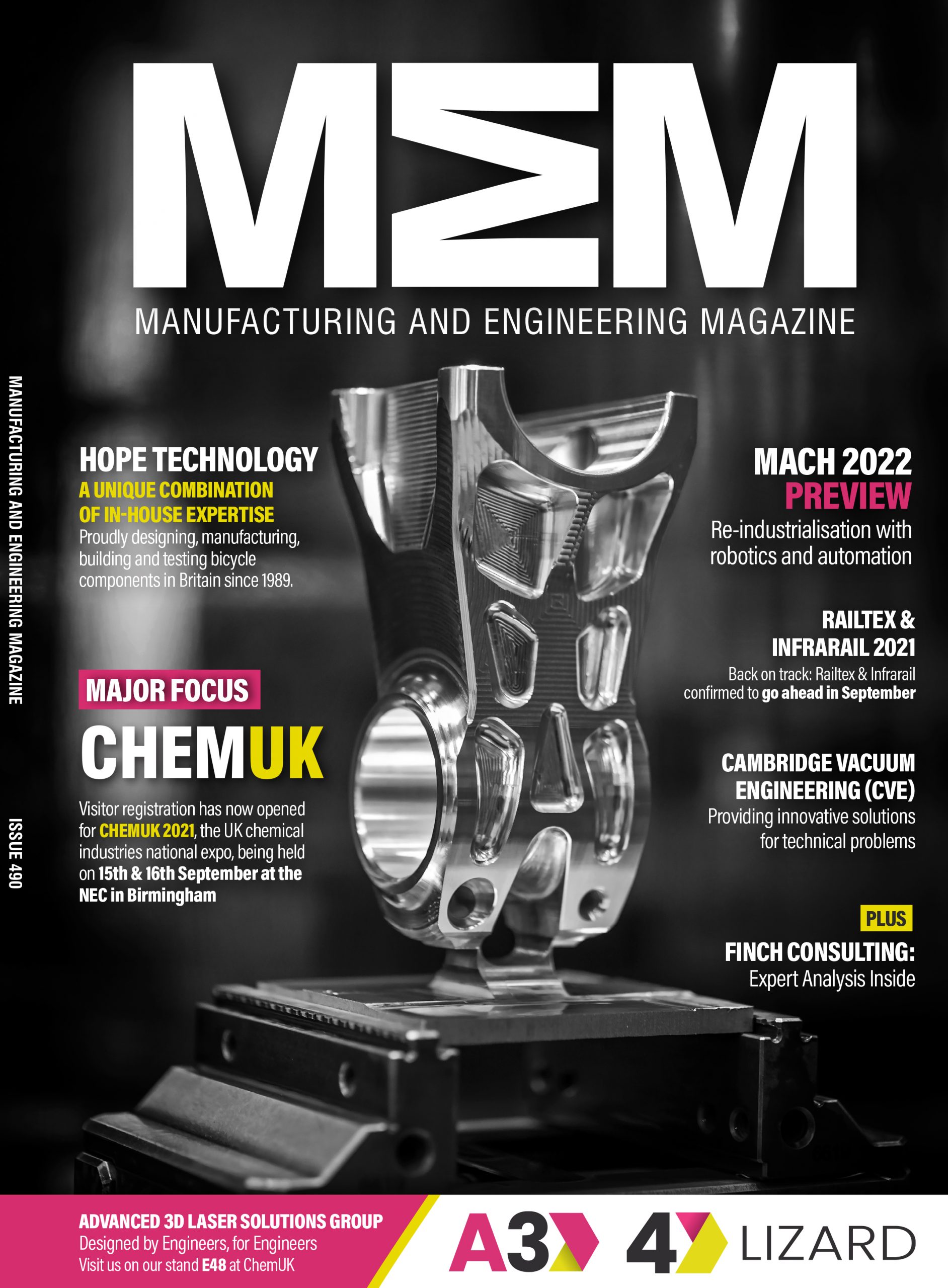